Celebrating Spring with the Dead 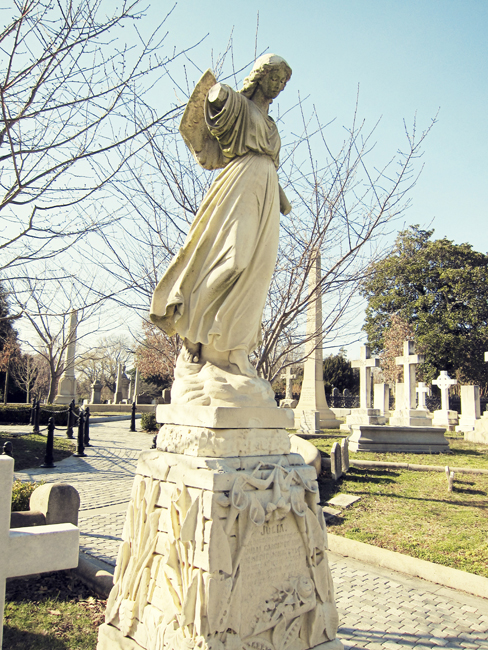 Yesterday I discovered a new British writer whose work (what I’ve read of it) makes me gasp.  Yesterday, our first real spring day with daffodils blooming and birds carrying twigs, we went to Hollywood Cemetery in Richmond, the second most visited cemetery in the nation ( after Arlington).

I’ve always loved cemeteries, especially ones with old headstones and unusual statuary.  Hollywood is 135 acres of winding paths, old roses, holly trees, and thousands of people laid to rest.  As I strolled among thickets of granite and marble, I thought about the new writer I’d discovered, Graham Joyce, author of—his term—“Old Peculiar” fiction.

There is a place near Leicester called Wistow.  Any English place that ends with the suffix stow or stowe means “holy place.”  It’s a bit special and a great place to walk the dog.  It is a place with an energy, and a good energy at that.  When the last eclipse occurred we decided on a whim to go there to view the eclipse.  When we arrived a surprising assembly of people had already collected there, drawn by a similar unconscious force. 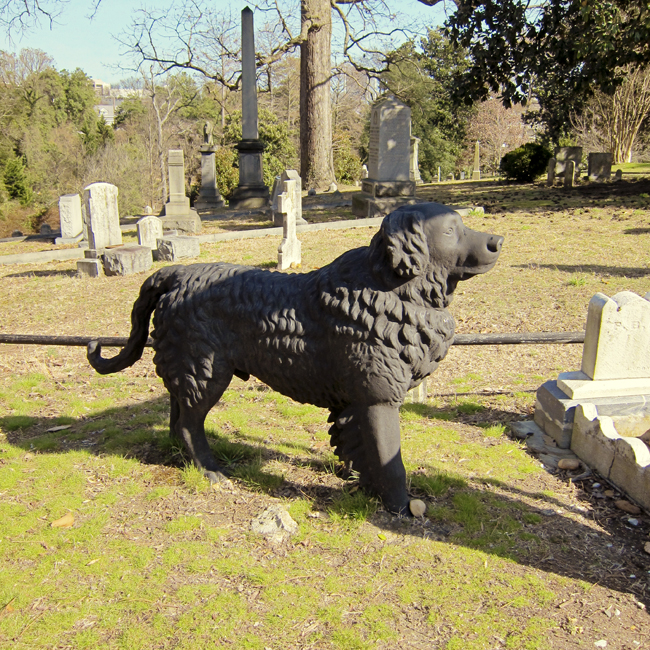 It didn’t take us long to find the Iron Dog, one of the most popular attractions in the cemetery.  The grave of the three-year-old girl, who died in 1862, is shrouded in legends.  Caretakers have claimed the iron Newfoundland moves.  Others have seen the girl and the dog playing at night.

There is a depression in the field outside the church where St. Wistan’s blood was said to have flowed, and one day of the year, you can actually see Wistan’s hair grow from the grass.  I’m told this is a rare grassy herb and not hair at all.  But it’s a good story. 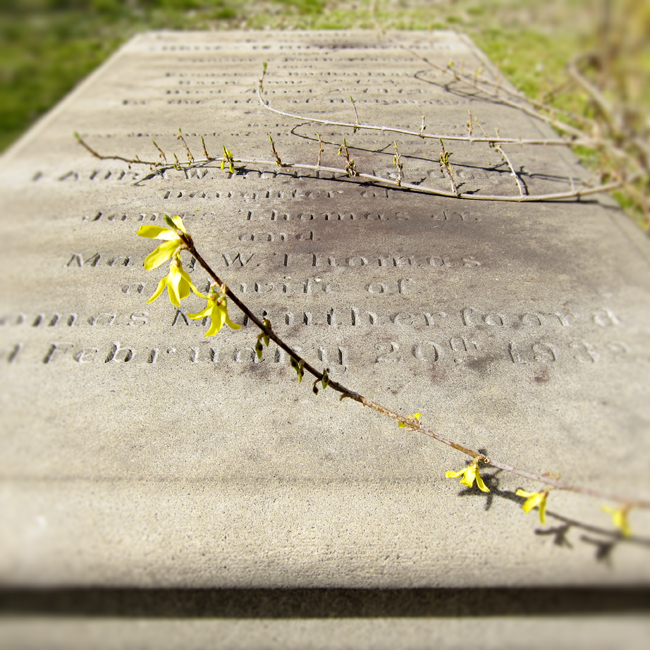 Forsythia makes my heart lift.  We had a huge forsythia bush by our driveway when I was growing up.  I’d cut branches and bring them in for my mother.  When we moved to this house nineteen springs ago, I planted a forsythia bush.  It died.  And so did the lilac and Rose of Sharon bush.  Any dirt that can’t sustain forsythia is mighty poor. 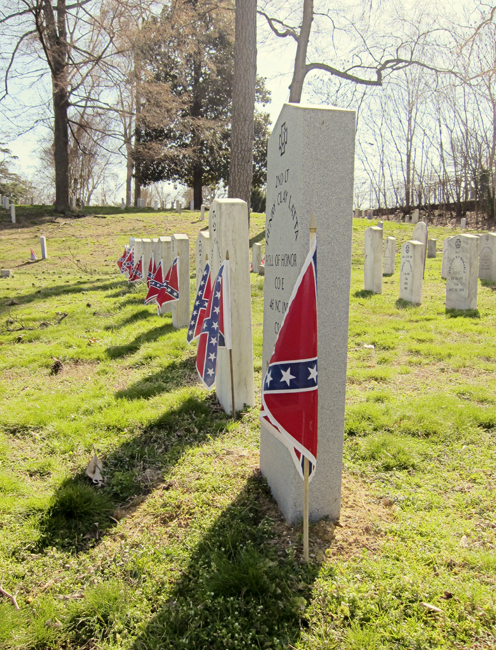 There are 52,000 graves in Hollywood, including two presidents (Monroe and Tyler, three if you count Jefferson Davis), two Supreme Court justices, and, this being Richmond, twenty-two Confederate generals and more than 18,000 Confederate soldiers. Since I grew up and still live on former battlefields, I’m familiar with the anguish of war beneath my feet.

If you half close your eyes and let your imagination run free you can watch another remarkable historical event unfold in front of that same church where Wistan was put to the sword.  You can see both King Charles 1st and his military commander Prince Rupert galloping past and up to the mansion hidden by trees just a hundred yards or so from the church.  Their army has just been routed by Cromwell at nearby Naseby and they desperately need a change of horse in order to get to the safety of Leicester.  In their haste they change horses but leave the royal saddle behind.  I’ve seen the saddle.  It is crimson and silver and enormous.  A thing of great beauty. 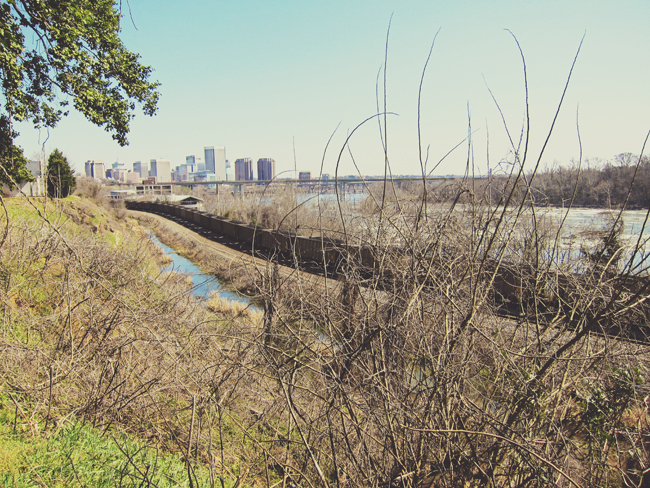 The cemetery is bounded on one side by the James River, an ancient waterway that has carried soil and stones from the western mountains for eons.  Clack. Clack. Clack.  Below a coal train rolled slow as a funeral procession, each car mounded with black gold blasted from those same mountains.  The train, pulling at least a hundred cars, snaked past the city, bringing power for lights and laptops, leaving behind a blighted moonscape.  Warm breezes brought out VCU students who lolled on blankets with their devices.

So maybe it’s just a grassy field.  But, with the weather being high, we took a rug and a picnic and settled on the bank of the river for a lazy afternoon.  The Sence bubbled away gently, flowing as it does towards the River Soar and into Leicester in the distance. 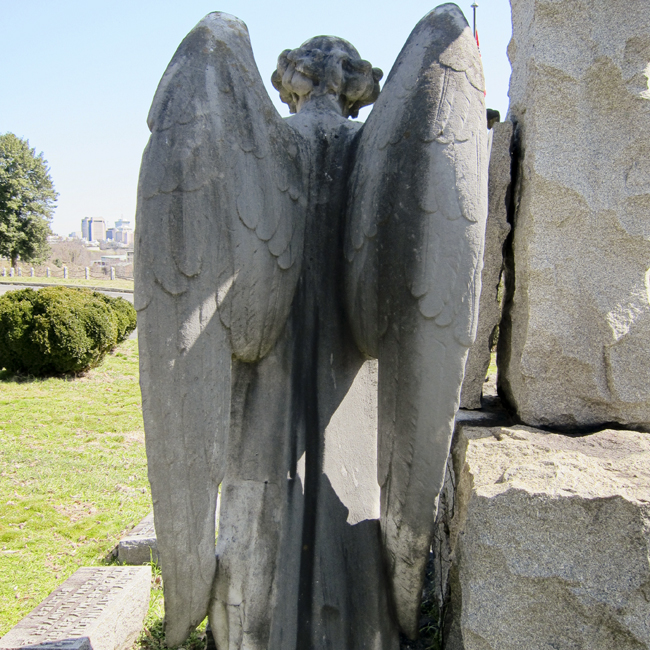 The sun made me sleepy.  I wanted to stretch out in grass speckled with bluettes.  Maybe next to an angel who would guard my dreams.

If you’re prepared to put your head down on this grassy spot, you are of course courting ghosts.  As the clouds drifted by overhead something glooped in the water of the Sence and I let my eyes close. 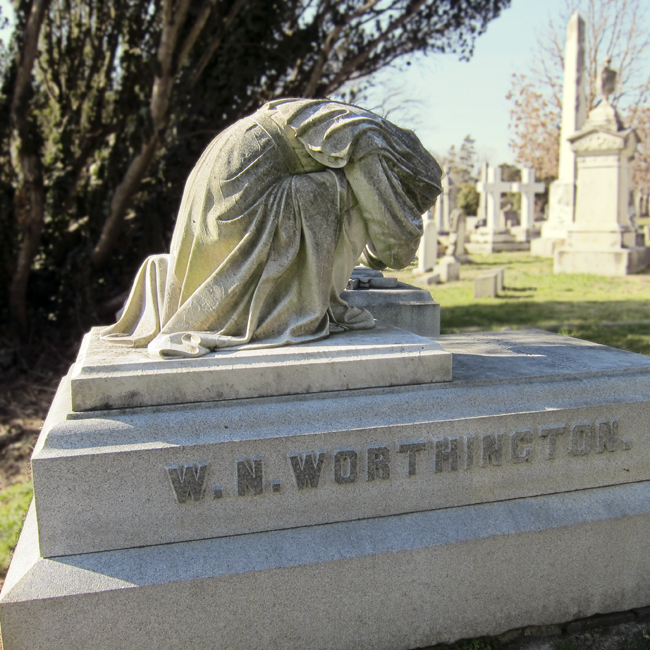 Despite this perfect day, I felt vulnerable and uncertain.  Where was my work headed?  After all these years writing for children—all I’ve ever wanted to do—would I only leave behind a pile of books?  Nothing I’d written is that good or important.  It would be so easy just . . . to stop.

I put my head down and gazed up at the clouds and thought: why would anyone want to die?  Then my old friend the Heron flew up from the river.  Did it fly from right to left or from left to right?  Oh, let’s not get into that.  It’s just beautiful. 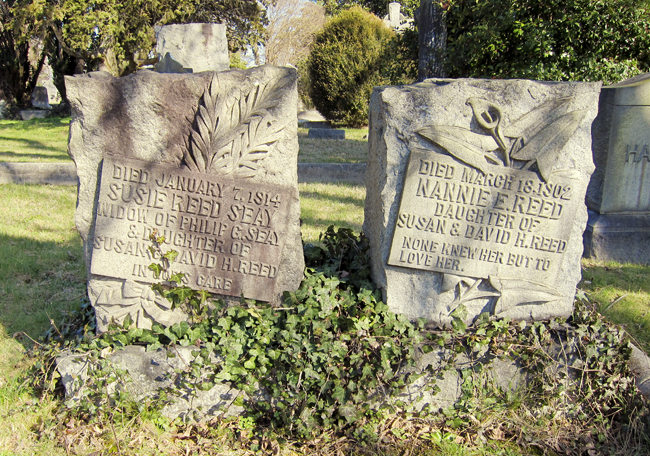 What would be written on my tombstone?  I’ve often joked it would be “She Wrote the Boxcar Children Series.”  Too bad it won’t be “She was a good writer and a good friend.”  But a spider claims that elegy.  At lunch earlier, I told my husband the dream I’d had the night before.  In the middle of all the chaos was a kernel of something wonderful.  At least I thought so.  Like most people, my husband wasn’t keen on hearing my rambling dream.

Even though much of my writing has the flavour of dreams I rarely describe a character’s dream.  The act of writing is not dreaming.  In any event, when you’ve had your go at analysing the dream all you’re left with is the shiny pelt of a once-beautiful creature. 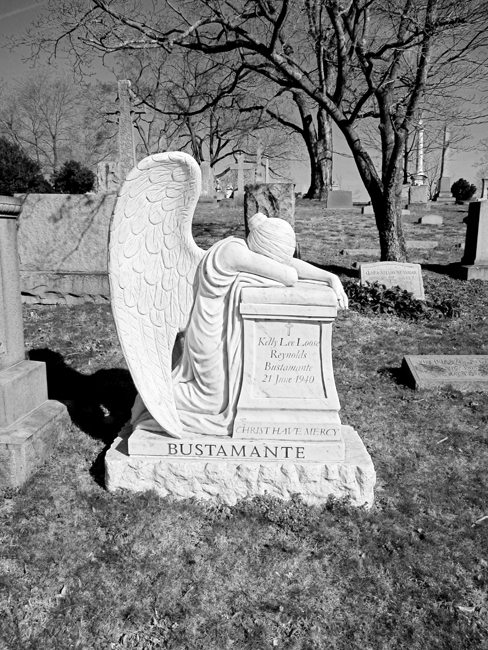 Hollywood Cemetery is so peaceful, I told my husband it was the perfect place to be buried.  Much more atmospheric than modern Stonewall Memory Gardens with its flat bronze plates that tractors can mow over.  My husband, not surprisingly, quoted Socrates: “Is life better than death? Only God knows.”

I did dream and I had the notion that something was speaking to me, only to wake and find that a dragonfly with a wingspan the size of my hand was buzzing my ear.  As I blinked up at the sky that buzzing turned into an aeroplane’s drone, high, high, in the blue.  I wondered where those people were going for their summer holidays. Oh this mysterious life, full of cloud formations and dragonfly language and the auguries of herons and aeroplanes and the kingdom of dreams.

Over the river, a burst of seagulls caught the sun on churning white wings.  I watched their flight.  Angels are always present. 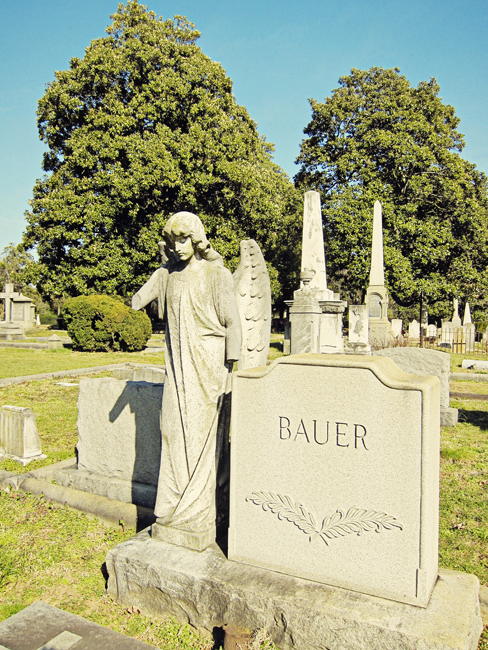 It’s not the diagnosis of cancer that will shock you, though that is enough. It’s the shocking clarity you are left with about life. And if a dragonfly buzzes my ear like an aeroplane I’ll still be going, ‘What did it say?’

Actually I know what the dragonfly said. It whispered: I have inhabited this earth for three hundred million years old and I can’t answer these mysteries; just cherish it all. 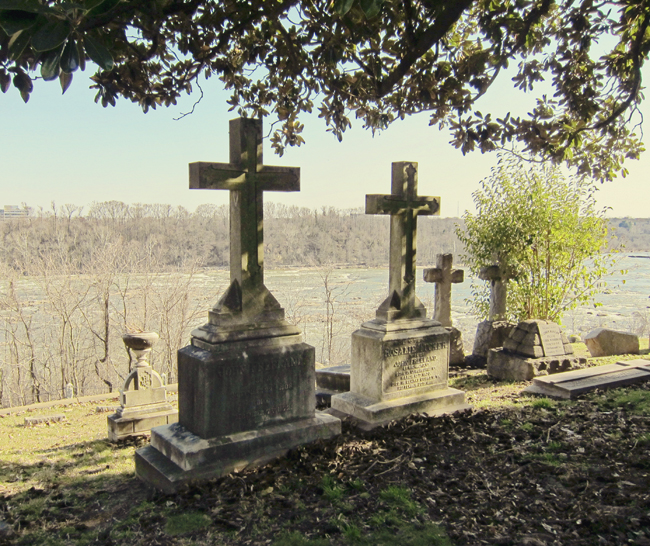 I thought about the wonderful kernel of my dream and decided to keep it close for a while but not bury it.  I shut my eyes and saw its wavering green shape, its clean gold lines.  And when I opened my eyes again I saw my husband, sturdy and steadfast.

And in turn the Heron asks, with shocking clarity as it flies from right to left and left to right: why can’t our job here on earth be simply to inspire each other?

These excerpts are from Graham Joyce’s last blog post, dated August 7, 2014.  He died on September 9, 2014, of complications from lymphoma.

4 thoughts on “Celebrating Spring with the Dead”