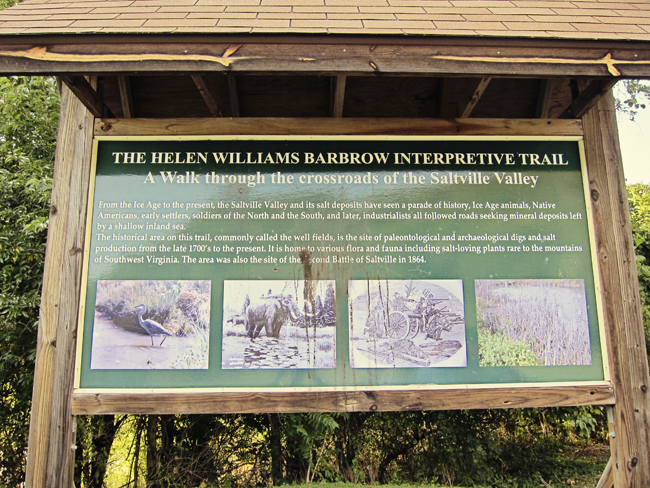 Friends have had enviable summer vacations to Italy, Myrtle Beach, Ireland, L.A., and Hilton Head.  On the eve of my husband’s retirement, we took an overnight trip to Saltville, Virginia.  Don’t rush to the map—I’ll tell you how to get to this fabulous place.  Drive down I-81, following the mountainous spine of Virginia until you develop a crippling cramp in your right hip because your foot hasn’t left the gas pedal for four hours. 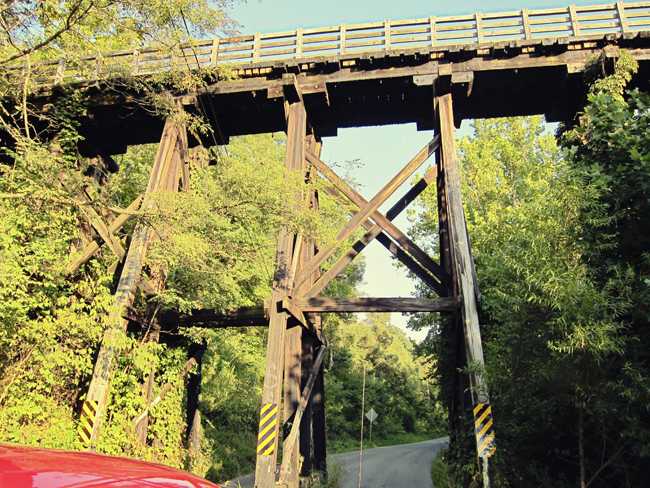 Why Saltville? It was mostly a research trip, and partly a visit to my father’s home town.  Nestled between the Blue Ridge and Allegheny Mountains, Saltville is known for its salt caverns that were vital to the Confederacy, its salt marshes where Ice Age mammals were trapped, its chemical plants—Saltville was a company town—and such famous people as Hobart Smith, banjo virtuoso, and his sister Texas Gladden Smith, who sang folk ballads with a voice that scared small children spitless. 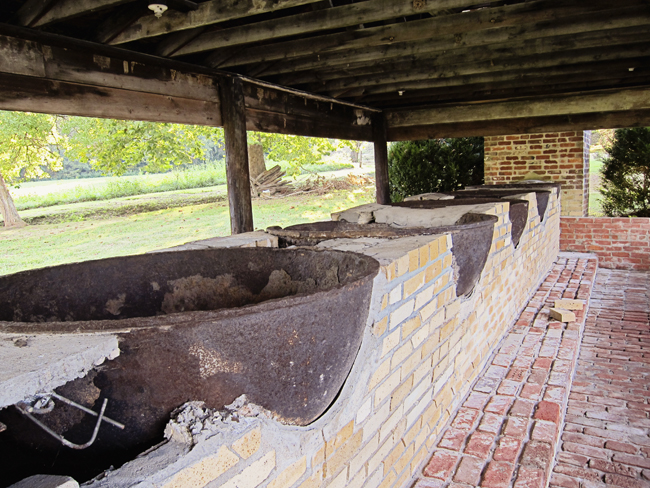 I’d been to Saltville twice, back in ’92 with my husband to find my roots on my father’s side, and again in 2002 on school visits in Smyth County, including Saltville Elementary.  When I first viewed the town from an overlook—a collection of houses and businesses ranged along Main Street—I felt no sense of home.  I hoped to find people who would help me find connections to the Farris family.

On this trip, I had an appointment with the manager of the Museum of Middle Appalachia.  He told me that William Campbell, hero of the Battle of King’s Mountain, slashed Tories in half with his broadsword, that Kentucky got its name from the Native American “dark and bloody ground,” that Saltville was the birthplace of modern chemistry, that fossils contain traces of rare earth minerals, that Patrick Henry’s two sisters (who lived here) carried on normal conversations a half a mile apart over the stillwater pond dividing their properties. 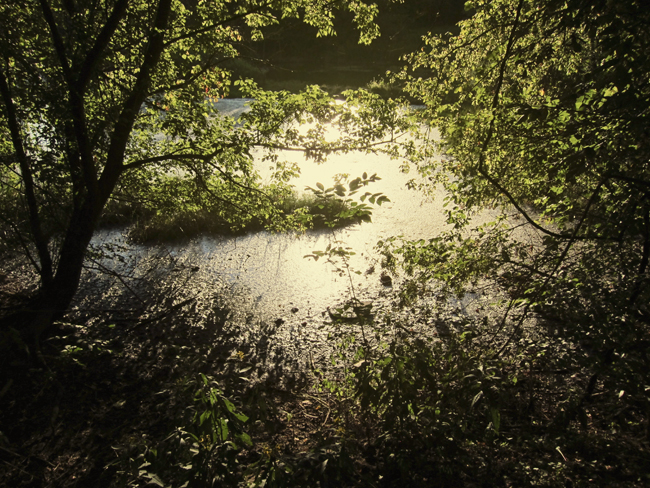 I took notes feverishly for two solid hours and looking them over now read “fossil mastodon dung” hard by “all natural gas in Mid-Atlantic stored in capped salt wells.”

The man I interviewed knew little about my family. Apparently we pale beside the fearsome Campbells and Buchanans.

It’s difficult to generate traction about my family, even armed with genealogy that dates back to 1720, because I have no stories.  My father was an only child.  He left Saltville before he finished high school to join the CCC because he stole either a hundred dollars or a typewriter.  My sister says Daddy denied this story.  Whatever, he kicked over all traces of Saltville and never once looked back. 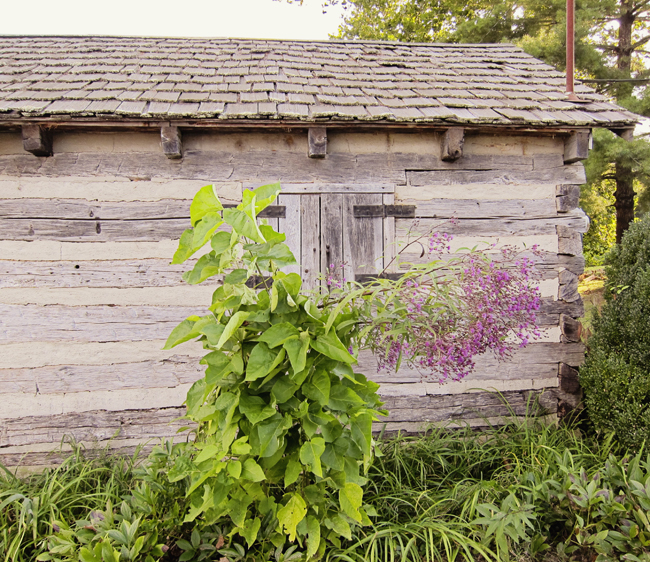 Then we climbed back in the truck and headed for the hills.  Winding roads led us into hollers where houses clung to hillsides like mushrooms.  A sign read “Slow Church Zone.” 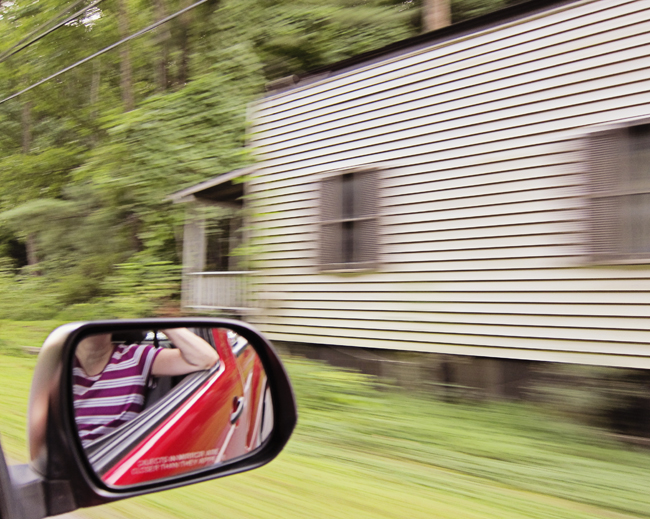 Here I saw the real Saltville, scenes that burst upon my astonished eyes.  It was impossible to pull over and take pictures.  Maybe it was best I didn’t.  Not every experience needs to be recorded. 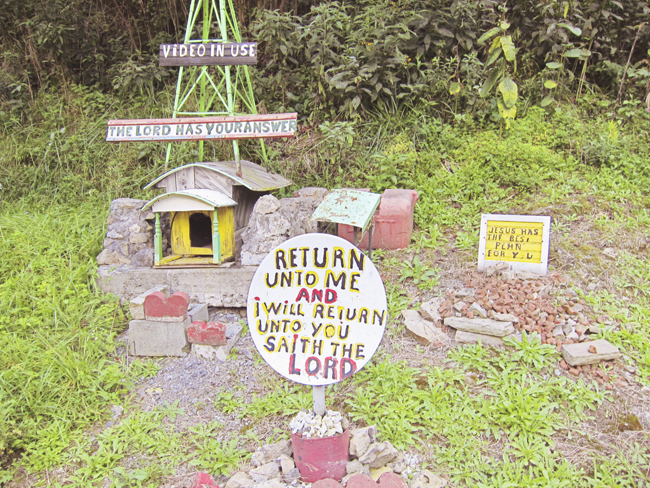 Later we stopped at Ed’s Drive-in where I was sorely tempted to order the fried bologna sandwich.  If it had been served on Wonder Bread instead of a soft roll, I would have.  We dined on Philly cheese steak, grilled cheese with tomato and lettuce and mayonnaise, hand-cut French fries, hand-dipped onion rings, coffee, Cokes, a single scoop of moose tracks Kemps ice cream that was easily a pint—all for $9. 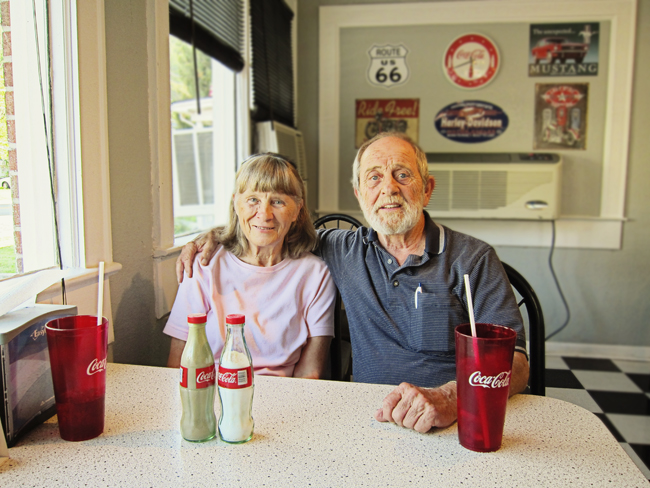 This couple sat at the table behind us.  I thought they were long-married high school sweethearts.  Both from Saltville, they were actually dating.  He drew us maps and she told me a little about my family.  The waitress and cook sat at the counter, their talk as easy as mountain water over stones.

Everyone in the diner laughed and chatted with everyone else, including us.  Even without stories from my father’s side—he left our family when I was very young—I felt a small piece of myself settle into Saltville.  I came for ghosts and found kinship instead.